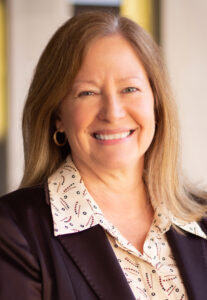 Dr. Williams will be recognized at the Business Meeting and Presidential & Hunt SOSA Award Reception, both to be held on Thursday, November 4, at the 2021 SMA Annual Conference in New Orleans, LA. This event will be a fitting celebration of Dr. Williams, who presented her first paper at SMA in 1987. That conference was also in New Orleans.

“I have been privileged to participate in SMA over the past 35 years of my academic career. Like many others who love SMA, it became my academic ‘home away from home,’ and the colleagues I met and friends I made through SMA continue to sustain me. Nurturing the next generation(s) of academics and leaders and introducing them to that ‘special something’ that is SMA have been among my most rewarding experiences. I am truly honored and humbled by this recognition.”

The Hunt Award recognizes an individual who has consistently helped SMA reach its goals and mission over a period of years. The individual recognized must have made important, sustained, and current contributions to SMA, including, but not limited to, elected office (e.g., board member, treasurer, secretary), appointed position (e.g., track chairs, committees) and volunteer service (e.g., paper reviewers, session chairs, and discussants) as well as extraordinary contributions to SMA (e.g., local arrangements, financial contributions). The winner of this award must be a current member of SMA.

Dr. Williams is an SMA Fellow who has contributed to SMA for over three decades. Most notably, she served as a SMA Board member from 2000-2002 and in the Officer Leadership rotation from 2007-2011. Regarding the latter, she is noted for her calm and collaborative leadership during a period of marked growth for SMA. Williams’ other work for SMA includes serving as SMA Doctoral Consortium coordinator, Journal of Management Editorial Review Board member, Organizational Behavior Track chair, Paper Development Workshop mentor, featured panelist, award committee member, session chair, discussant, and conference reviewer. She has received prior awards from SMA, such as for Best Reviewer and Most Innovative Session.

Bill Gardner puts Williams’ remarkable service to SMA in the context of the awards’ first recipient and namesake, “Margaret has made substantial scholarly, professional, and leadership contributions throughout her career that serve as an outstanding tribute to the impetus for the SOSA award, Jerry Hunt.” In her nomination letter, Joy Karriker highlights how Williams’ impact on SMA goes far beyond her formal service: “…Peg helped graft me into the organization that has become my academic family, and which I have now served, and enticed others to serve, for nearly 20 years. A number of Peg’s other former doctoral students also continue to serve in many capacities, cultivating the organization’s growth in every sense.” Lucy Gilson reinforces this sentiment, noting that “Peg has also mentored and advocated for the next generation of SMA leaders. …This is an impressive legacy and clearly demonstrates high levels of sustained service to SMA.”

Dr. Williams earned her PhD from the Kelley School of Business at Indiana University. She is currently Dean of the Rawls College of Business at Texas Tech University. Williams’ research interests are in the areas of leadership and employee motivation, compensation systems, organizational justice, and work/life issues. Her work appears in journals such as the Academy of Management Journal, Journal of Applied Psychology, and Journal of Management to name only a few.

Learn more about the nomination process for the James G. Hunt SMA Sustained Outstanding Service Award and read a list of past Hunt winners on the SMA website.

We utilize cookies each time you access our Sites. Cookies are small files that we transfer to your computer’s hard drive through your web browser to enable us to recognize you when you return to our website. Data you share is used for content personalization and site optimization. We use third party service providers to host our Sites and data and to conduct normal business activities. Pursuant to contracts with us, such service providers are restricted from using any information except for the purposes of rendering services to SMA. Please see our Privacy Policy for more details. By clicking Accept, you consent to the technologies described in our Privacy Policy.